Saule Omarova, President Biden's nominee to lead the Office of the Comptroller of the Currency (OCC), faced fierce criticism from conservative Republican lawmakers during her nomination hearing last week.

Who is Saule Omarova, what is the Office of the Comptroller of the Currency, and why does her contentious nomination hearing matter for the American people? This Inside Policy Deep Dive explainer will give you the facts you need to know about Dr. Omarova, her ideas, and what they could mean for the future of American public policy.

· Dr. Omarova is a law professor at Cornell who has published extensively - and often critically - on the regulation of banking and finance.

· President Biden nominated her to lead the Office of the Comptroller of the Currency, a little-known financial regulatory agency that regulates all American banks.

· Conservative critics have alleged that Omarova’s views are radical and even communist, while she and her defenders on the Democratic side of the aisle claim that these are bad-faith attacks based on the fact that she was born, raised, and educated in Soviet-controlled Kazakhstan.

· Dr. Omarova has acknowledged that some of the arguments she has put forth in her scholarship are radical, but that they are not socialist or anti-capitalist.

· Instead, she and her supporters have argued that her work is grounded in an appreciation for the importance of competitive markets and that her proposals for reform were made in the name of consumer interest.

What is the OCC?

It oversees and regulates all American banks.

Typically, OCC heads have had close ties to the financial services industry.

Who is Saule Omarova, and why has her nomination been controversial?

Critics alleging that Prof. Omarova is a far-left radical have focused on the thesis she wrote as an undergraduate at Moscow State University funded by a 'Lenin Personal Academic Scholarship.'

She has had an illustrious academic career since moving to the United States.

As an attorney she focused on banking law and financial regulation.

Omarova served as a special advisor on regulatory policy to the Under Secretary for Domestic Finance during the George W. Bush Administration.

She has also testified before the Senate at an expert hearing on bank ownership of power plants, warehouses, and oil refineries.

What has Professor Omarova written on financial regulation, and what have her critics said about her work?

Omarova's scholarship has been intensely critical of existing models of financial regulation, and she has acknowledged that some of her ideas to reform financial systems are radical.

Her 2020 paper The People's Ledger: How to Democratize Money and Finance the Economy     proposes what she calls "an overtly radical reform" of the Federal Reserve which would "effectively end banking as we know it" by offering consumer bank accounts through the Federal Reserve and creating "the ultimate public platform for generating, modulating, and allocating financial resources in a modern economy."

This paper has been the primary one criticized by Republican lawmakers and conservative groups. It was quoted in a publicly published letter by the U.S. Chamber of Commerce, a major pro-business lobbying group.

Senator Pat Toomey (R-PA) also focused on this paper in a Senate floor speech he gave opposing her nomination.

Omarova has rejected allegations that she holds communist, socialist, or anti-capitalist views.

When Senator John Kennedy (R-LA) asked whether he should call her “professor or comrade”, Dr. Omarova responded:

In a May 2020 interview with MSNBC's Chris Hayes,     Professor Omarova explained the focus of her research:

She went on to say that her work explores "the social function of finance." She asks:

Omarova is one of several academics who have been nominated for leading regulatory roles by the Biden Administration, and her work fits within a broader regulatory vision promoted by the Biden Administration: reforming dated regulatory frameworks for the challenges of the 21st century while acknowledging that the interests of American consumers and workers may sometimes be at odds of vested interests like the financial services industry, monopolistic companies, and oligopolistic industries.

The reforms that Omarova or other members of the Biden ‘Brain Trust’ could propose would necessarily be radical, in that they diverge from the status quo. At the same time, people on both sides of the political aisle can agree that elements of the American economy - which is inextricably tied to the regulatory frameworks that structure financial markets and provide incentives to market actors – are skewed to favor the interests of some corporations or industries, whether it be by virtue of effective lobbying or anti-competitive practices that preserve market share and profit margins at the expense of consumers.

It is perfectly fine for Republicans, Democrats, or anyone to disagree with Professor Omarova’s views, or to oppose radical change for a variety of legitimate reasons. But accusing her of being a Communist because she thinks that there should be changes to the way that the American financial services industry is structured and regulated is unhelpful. The American people would be better served if members of the Republican Party were to participate in a bipartisan debate about how financial regulations can be improved to better balance the interests of financial institutions, businesses, consumers, and workers.

Join our daily newsletter to stay up-to-date with the latest news in business, tech, and venture capital at Inside.com
The Internet 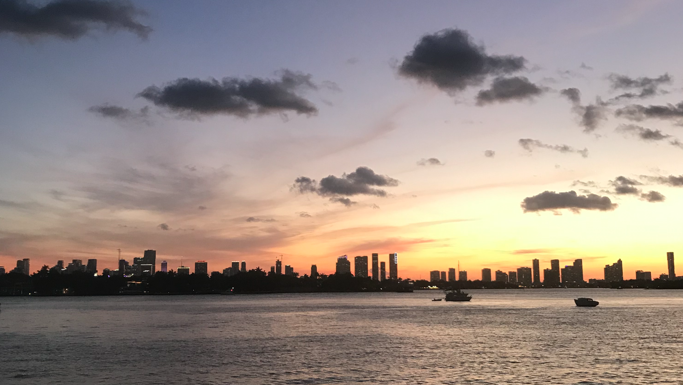 Inside Analyst Daniel Smith writes about the Startup Showdown pitch competition and the growth of #MIa
NFTs are having a moment. Searches for "non-fungible token" on Google have
Header image: David Dvořáček on Unsplash The rise of BNPL The Buy

Inside Analyst Daniel Smith writes about the Startup Showdown pitch competition and the growth of #MIa
NFTs are having a moment. Searches for "non-fungible token" on Google have
Header image: David Dvořáček on Unsplash The rise of BNPL The Buy